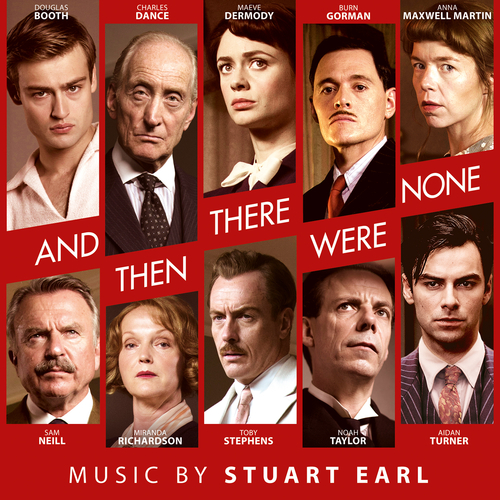 And Then There Were None (Original Television Soundtrack)

Stuart Earl - And Then There Were None (Original Television Soundtrack)

STUART EARL’S SCORE TO THE BBC ADAPTATION OF AGATHA CHRISTIE’S
BEST- SELLING THRILLER, AND THEN THERE WERE NONE, NOMINATED FOR THE
61st IVOR NOVELLO AWARDS IN THE BEST TELEVISION SOUNDTRACK CATEGORY

Stuart Earl’s previous scores have been described as “mood-enhancing” (Hollywood
Reporter), “reflective” (Nouse) “evocative” (Film-Forward), “dreamlike” (Little White Lies).
His mastery is not to underline, but to draw from the story and characters, and to craft an
exquisite sound world, and this is what he accomplishes in And Then There Were None. A
meditation on guilt, the 3-part drama serial premiered in the UK December 26th to 28th on
BBC One in the UK. The series averaged 8.7 million viewers, with 9.5 million people tuning
into the first night and garnered widespread critical acclaim.

Agatha Christie's And Then There Were None is one of the best-selling crime novels of all
time, with 100 million copies sold worldwide.