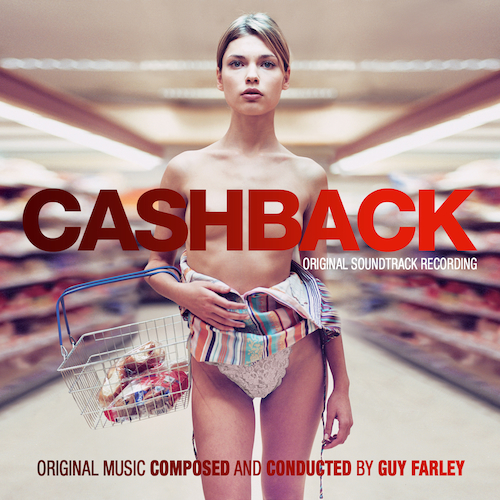 Cashback’s extensive fanbase stretches back to 2004 when the original 19 minute short was first released and swept top prize at fifteen international film festivals before landing an Oscar nomination for best short film.

The short launched on iTunes in 2006 and ranked among the top three short film downloads for two years.

The tale of an art student working in a supermarket whose imagination runs wild was extended to a feature length film in 2007 to popular and critical acclaim. Writer director Sean Ellis utilises all his experience as a leading fashion photographer to bring together stunning visuals with a very original soundtrack approach.
This music soundtrack release features a classically influenced score by Guy Farley. Previous Guy Farley soundtracks include The Flock, Modigilani and Mother Theresa Of Calcutta.