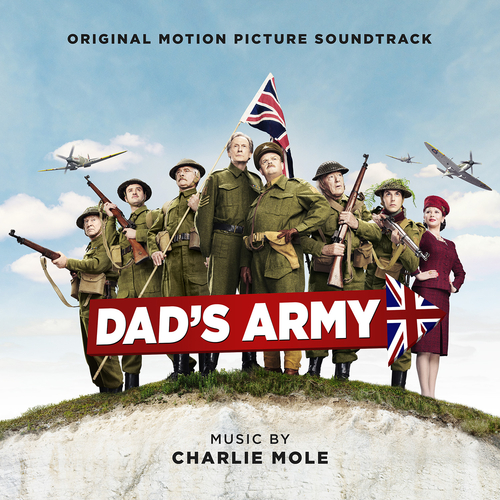 May, 1944. As the Allied armies massed in the British Isles prepare to invade Occupied Europe and strike a mighty blow against Hitler’s Reich, a heavy responsibility falls on the men of Walmington-on-Sea’s Home Guard platoon. This new celebration of one of the UK's favourite sitcoms features a stellar cast of British acting talent that includes Toby Jones, Michael Gambon, Bill Nighy, Tom Courtenay and Catherine Zeta-Jones. Emmy and Ivor Novello nominated for his music for ITV's flagship hit drama Mr. Selfridge, composer Charlie Mole is perhaps better known in Hollywood than the UK because of the quality of the films he has scored. His 25 year film composing career includes music for Othello, An Ideal Husband, High Heels And Low Lifes, The Importance Of Being Earnest and the recent St. Trinian's revivals. He has also an extensive range of TV work that includes Northanger Abbey, The Diary Of Anne Frank and Garrow's Law.
Released February 5th 2016

6. Proud To Be British

9. Rose Goes To The Cave And High St.

22. Who Do You Think You Are Kidding Mr. Hitler – Bud Flanagan

“...wonderful score... The film has yet to be released, but who cares what it's like? Mole's score is a hit, that's all you need to know.” - Reviews Graveyard

“Yes, it’s Dad’s Army: The Movie, starring Toby Jones as Captain Mainwaring. I don’t know whether it’s absolute genius or spectacular lunacy, but either way composer Charlie Mole has done a fine job with the music. The pomp and circumstance is there along with the expected humour, but what appeals is the period details, such as the little bits of jazz and the spy-movie feel it sometimes has. And of course it ends with ‘Who Do You Think You Are Kidding Mr. Hitler”.” - Films on Wax

“The original score is by Charlie Mole, who is also doing a fab job for ITV’s “Mr Selfridges”. Unsurprisingly, it’s quite a fun score he’s penned for “Dad’s Army”. - Synchrotones

“The music is fun and flowery and charming and it tingles my nostalgia bone with every single note... What I enjoyed the most about “Dad’s army” was the overall sound which was a breeze of golden age film music in today’s world.” - Soundtracks Dreams