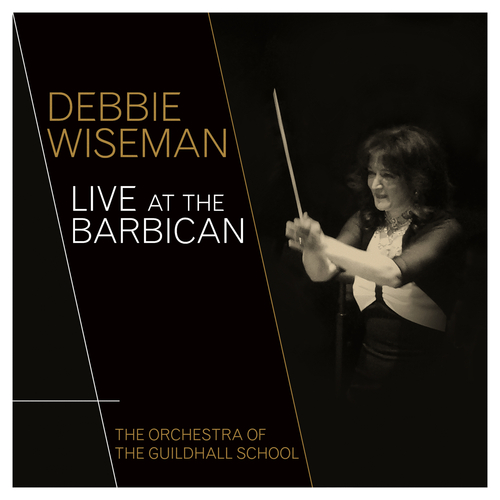 Debbie Wiseman Live at the Barbican

As part of Barbican’s Contemporary Music Concerts series, in January 2016 The Orchestra of the Guildhall School performed in a retrospective concert of composer Debbie Wiseman’s film, TV and concert work. Silva Screen will release this concert, Live At The Barbican, digitally on March 24th. It features a wide selection of Debbie’s most acclaimed film and TV compositions including Wolf Hall, Flood, Wilde and Arsene Lupin.

“[Debbie Wiseman’s] melodies are wonderfully constructed and exquisitely orchestrated, they linger long in one’s memory and not only hauntingly beautiful but fit each and every project she works on like the proverbial glove. The composer is conducting the Guildhall School Orchestra on this occasion and the performance is in my humble opinion flawless and inspiring.”
“…this is an album that you should have in your collection, it contains some of the best film and TV music ever written…” - Movie Music International

“Equally comfortable with small ensembles or huge orchestras, intimate dramas, comedies, historical action adventures, or wildly inappropriate sexy horror films, Wiseman is a composer who can turn her hand to any genre she sees fit with equal success across the board… the music is sensational…”
“I simply cannot express strongly enough what a wonderful composer Debbie Wiseman is: she excels at action, luxuriates in romance, and puts the vast majority of her contemporaries to shame with her thematic prowess, dramatic sensitivity, and mastery (mistressy?) of the orchestra.” - Movie Music UK