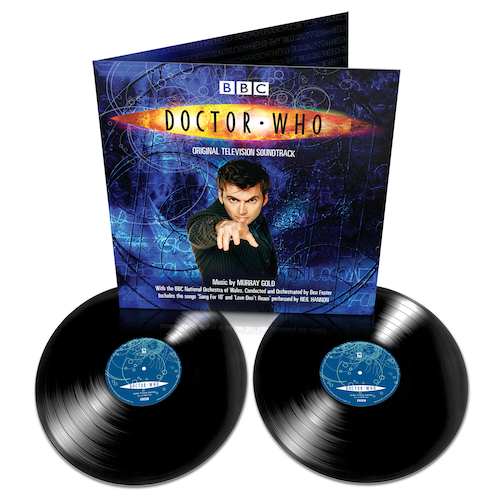 Sorry, Doctor Who Series 1&2 Vinyl DLP is out of stock.

This is the first release of music from the series revival and includes the acclaimed new version of the theme.

Murray Gold is one of the most powerful British composers working in film and TV with successes including Alien Autopsy, Casanova, Shameless and Mischief Night.

Over 75 mins of music from the two new Doctor Who TV seasons.

“All the music here is memorable, hugely engaging and the album is easily one of the best of 2006, even pipping George Fenton's Planet Earth as best television score. You can keep your bland Star Trek TV music or your synthy Battlestar Galactica noodling or, dare I said it, Giacchino's fine music for Lost. This is the real deal, TV music with the budget, imagination, heart, soul and complexity of that for the darkened theatre. Terrific stuff. More BBC, more!”
- Soundtrack Express