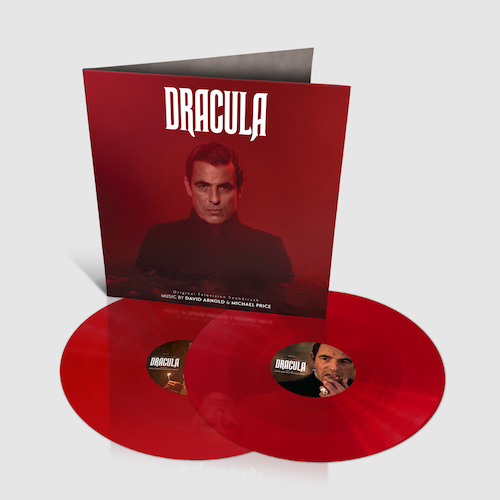 Released on 4th September 2020
Original TV Soundtrack
DLP on Blood Red Vinyl
Gatefold Sleeve
From the team behind BBC’s critically acclaimed Sherlock came Dracula, the reimagining of the iconic titular vampire for a 21st Century audience. Composers David Arnold and Michael Price reunited with writers and creators Steven Moffat and Mark Gatiss, to breathe musical life into another famous literary character from Victorian times.
For Dracula, Arnold and Price conceived an innovative and petrifying score, in which traditional instruments and musique concrete merge with contemporary use of samples and sound design.
Scoring Dracula presented its own challenges and the composers have augmented the sound of the orchestra players by creating a library of sounds used throughout the score.
The series received rave views after its premiere on BBC in the New Year as is now available on Netflix.