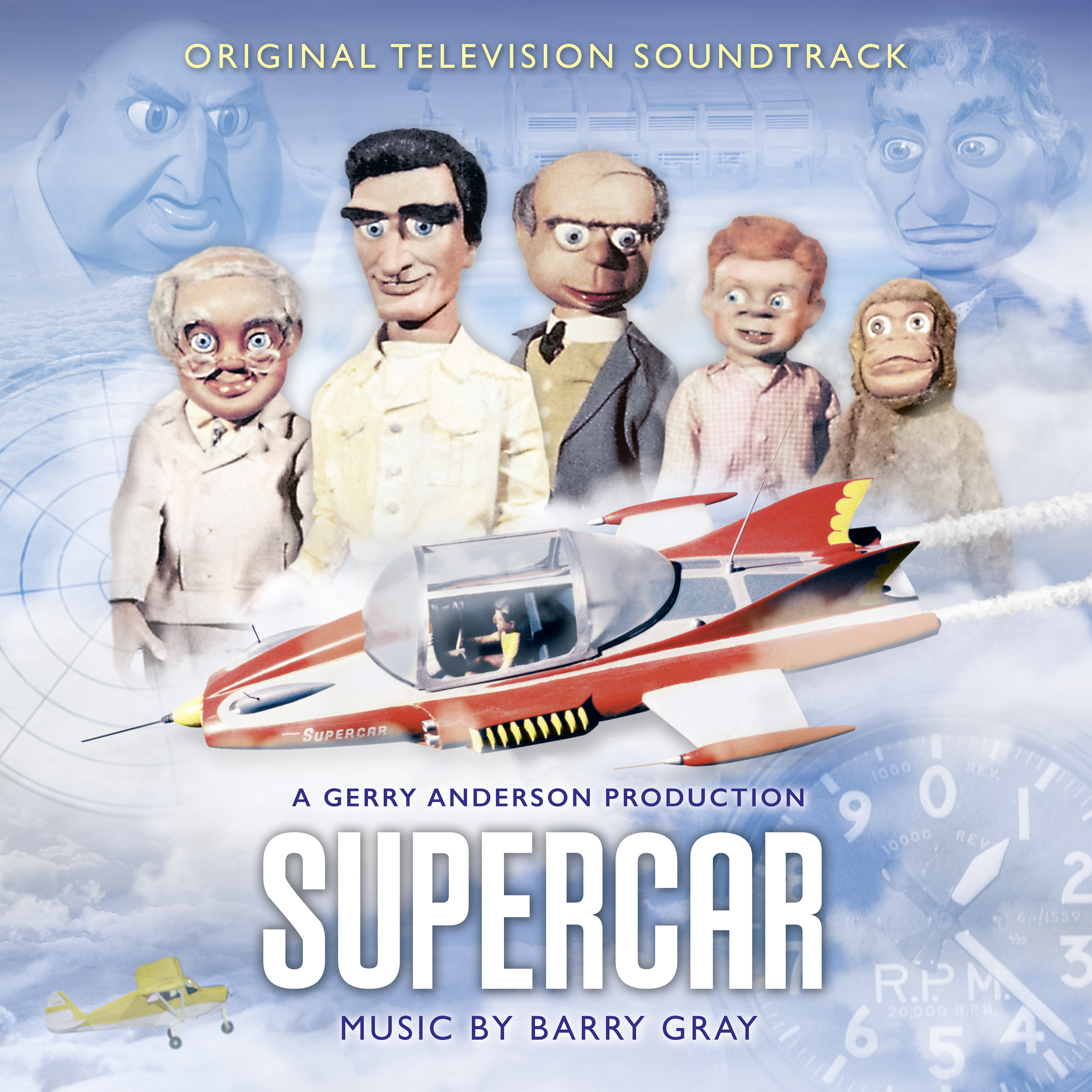 Following from Four Feather Falls, Supercar was the second Gerry Anderson show to use the Supermarionation technique. Based on the Czech style of marionette puppetry, Supermarionation was Gerry and Sylvia Anderson’s development of the technique to include synchronisation of puppet’s lip movements with pre-recorded dialogue.

Between 1961 and 1962, thirty-nine episodes were produced. Due to lack of funding and speed of production, Barry Gray had to produce music fast; he composed a series of ‘themes’ for locations, situation and characters. The main star of the show, the Super car, was given the heroic theme, whilst the rest of the score is at times whimsical and charming to support the dialogue and at others menacing when underlining the drama. The orchestra was comprised of forty instrumentalists and was conducted by Barry himself.

Barry Gray was amongst the first composers to use electronic instruments in music for television. One such instrument was the Ondes Martenot, used to produce otherworldly musical motifs and fragments and later to create electronic sound effects in his future score for Captain Scarlet and the Mysterons. Other shows he later used this instrument for include Doppelganger and Doctor Who films Dr Who and the Daleks and Daleks’ Invasion Earth 2150 AD.

On this album, the 20 themes featured create a coherent listening experience. They guide the listener through the music map of the show.