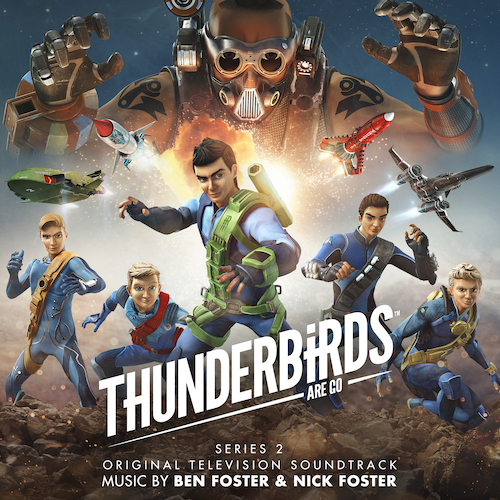 ITV's Thunderbirds Are Go is now screened in more than 40 countries worldwide. This third compilation from the series features music from Series Two. Facing the daunting task of following in the footsteps of the original and prolific Thunderbirds composer Barry Gray, composing duo Ben and Nick Foster have followed the same route employing a full symphony orchestra , adding modern touches to bring the sound completely up to date but retaining reverence for the original. The music from the series has previously received a BAFTA nomination. Ben is a three times BAFTA nominated composer whose scores include Torchwood, Hidden Kingdoms, Happy Valley, Our Girl and as an orchestral arranger and conductor for 99 episodes of Doctor Who. Brother Nick is a BAFTA winning composer whose work includes The Cube and Derren Brown Specials.
"The Fosters are on top form giving those big moments (and there are lots of them) the blast they need but also serving quieter moments, such as undersea or in space, with more interesting and curious themes and melodies. Just as Murray Gold did with Doctor Who, the music is an absolute rock and lifts the show to a cinematic level". Den Of Geek