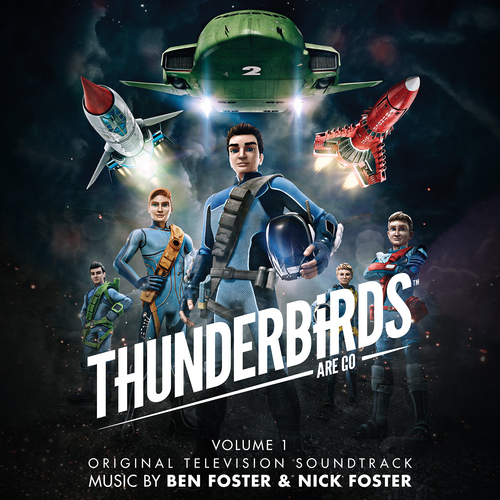 Fifty years after its television debut, Thunderbirds launched once again this
year as ITV brought back the cult programme using a combination of CGI
animation and live-action model sets. Despite its new high-tech look, the
production retained strong characters and great adventure stories, all the
qualities that made the original series a worldwide success.
The Silva Screen soundtrack features the brothers’ Ben and Nick Foster’s
music from the first 13 episodes of the new series, aired on ITV from April
2015. The second, 13 part series launches on 7th November.
Ben Foster is best known for the first three series of Torchwood, which
earned him 3 BAFTA nominations for best music. His other notable work
includes BBC’s Hidden Kingdoms, ITV’s Scott & Bailey and Russell T Davies’
Banana for E4.
Nick Foster is an award-winning composer best known for his work for television and commercials. His TV work in factual and prime-time entertainment shows includes six years of specials for Derren Brown, and two BAFTAs ; one for The Cube, and one for Derren Brown : Apocalypse.
Performed by the award winning The City of Prague Philharmonic Orchestra.