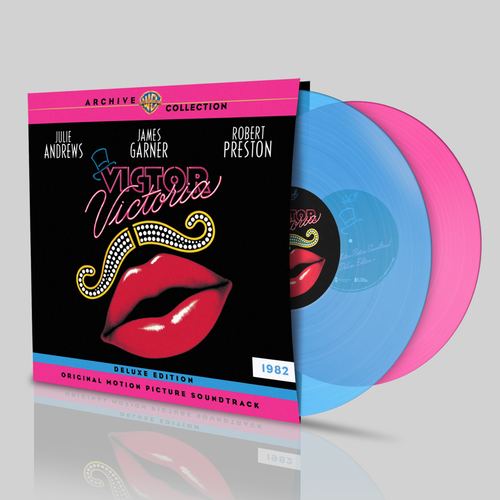 This limited vinyl release presents Henry Mancini’s entire score for the film Victor Victoria for the first time on a vinyl double LP. The 1983 Academy Awards saw Henry Mancini and Leslie Bricusse take home the Oscar for Best Music, Original Song Score And Its Adaptation for Blake Edwards' comedic masterpiece. Receiving a total of seven Oscar nominations, the film about a woman pretending to be a man pretending to be a woman starring Edwards' wife Julie Andrews has continued to beguile and charm audiences over three decades after it hit the big screen. The period score Mancini created was a perfect match for the director’s screenplay and his long friendship with Julie Andrews enabled him to write songs for her incredible octave range. From the beautiful ballad Crazy World to the show-stopping Le Jazz Hot this release brings together the entire score with bonus tracks, not least Robert Preston’s hilarious rehearsal of the song Shady Dame From Seville.